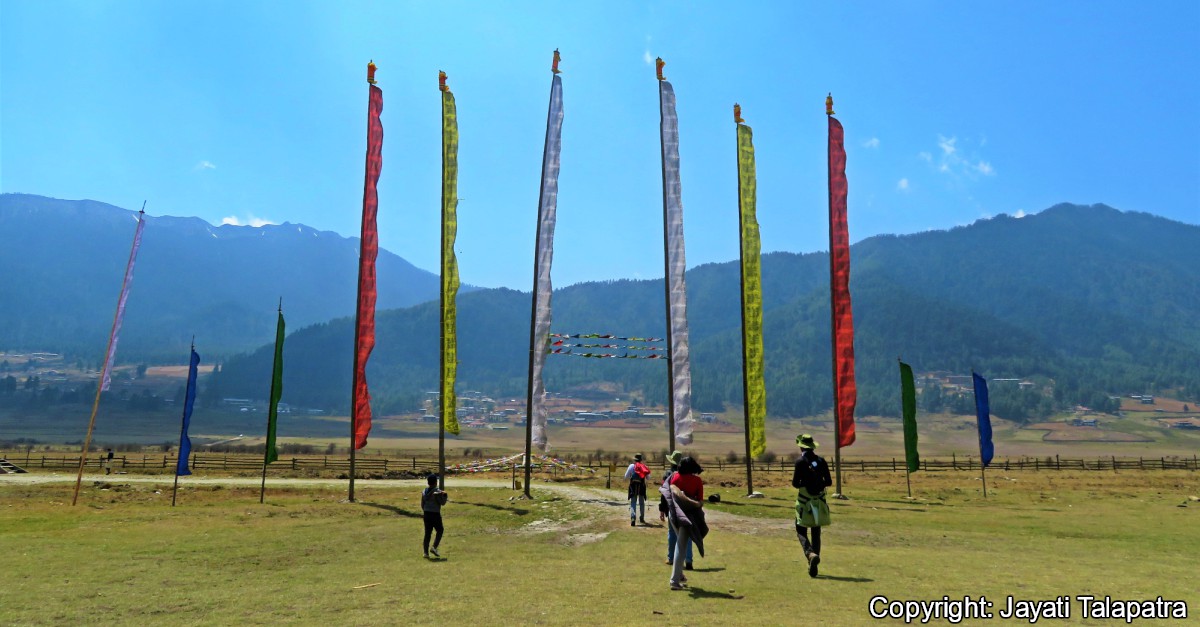 Heavily inspired by the movie Lunchbox, as most of my wisdom comes from Bollywood, I set out for Bhutan – The Land of Happiness. Also, my friend Madhur Upadhyay and owner of Avani Earth Journeys, enticed me with photos of Bhutan birds and a super-customised itinerary focused on nature.

I do not like mountains.  And it doesn’t get more mountainous than Bhutan.

So I started my 10-day trip with violently throwing up all over – thanks to the gorgeous, but hair-pin bends-ridden road to our Thimpu Homestay.

But all the while, my mental notebook was busily scribbling two kinds of evidence:

2. On being carbon negative 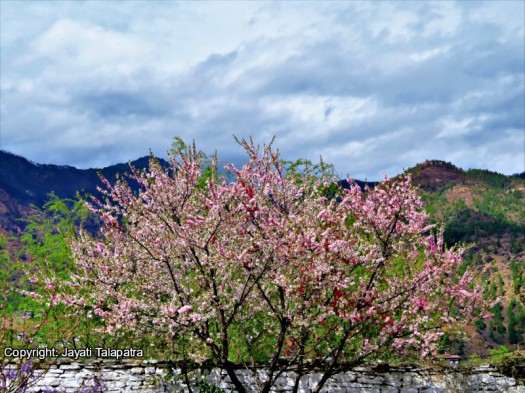 Here are the initial notes from those scribbles-

All men wore the ‘gho’ and women, ‘kira’. All houses followed the Bhutanese architectural style. There were photos of the fourth and fifth King of Bhutan everywhere. I saw more photos of the royal family than those of the families that we were staying with. Everyone praised the King. Everyone strictly followed rules. And I was beginning to wonder how much the rule-driven culture, was influencing some of these actions. 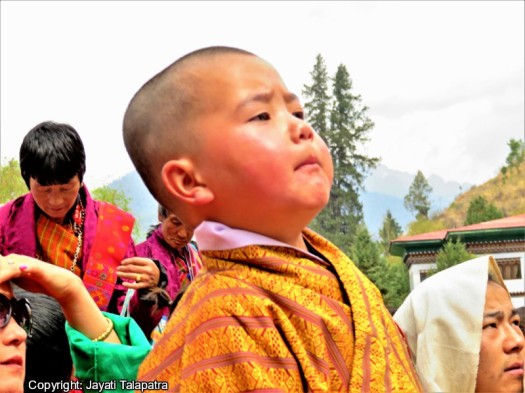 On the second day, we were cycling along the Parliament House and the King’s Palace. Our guide had to point out the ‘Palace’ several times till we finally saw the humble little house, with its little play pen for the baby prince. It was a little bigger and just about as grand as our homestay!

We also paused to digest the fact that the previous King had literally pushed ‘democracy’ down on the blissfully reverent Bhutanese – and somewhere, the King worshipping started making sense. 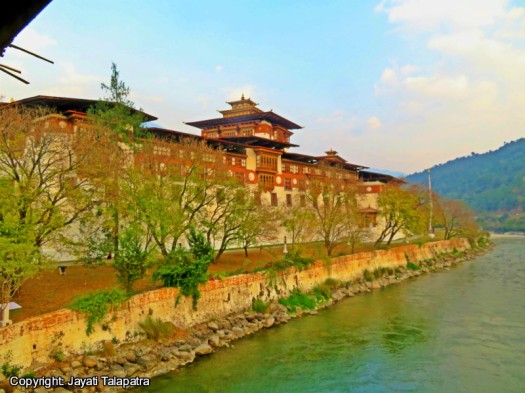 As we zipped between Thimpu and Phobjika Valleys on delightfully constructed roads (mostly by our engineers), Madhur told us the story of the Black-Necked Crane. To help these winter migrants from Tibet, live long and prosper, the government had involved the homes in the valley.

Now, the locals ensure that they do not farm in the area where the cranes breed and live – which is tough as farming is their main occupation. So, as a supplementary livelihood option, the locals are inviting tourists into their homes; and Avani Earth Journeys had thoughtfully booked us in one of them. 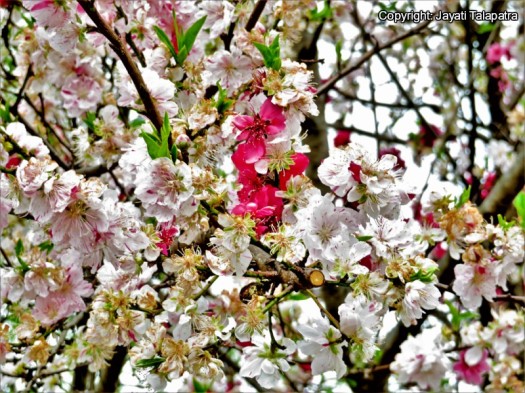 Schoolchildren perform ‘crane dances’ during the ongoing Paro festival and the place is full of stories about these birds- a fascinating one being of them circling the Phobjika monastery thrice, when they fly in from Tibet.

I was beginning to see how ‘sustainable living’ was practiced in this country.

ALSO READ: My First Experience Of Bhutan As A Solo Traveller

We ate local food, watched local dances in the Paro Festival, gasped at the colours of the Rhododendron, Peach and Magnolia blossoms and sighed at the austere beauty of the Dzongs (Forts) and Lhakhangs (temples). Our guide, Sangay, dispensed passionate sermons at these, and ended each with ‘if you really really believe, your wish will come true’. As we were scaling the last and mightiest Lhakhang, Taktsang, I realised the power of ‘belief’. So despite a snow storm and deep dislike for climbing, I made it to the top, with the face of Guru Padmasambhava in my mind.

With the apricot trees glistening in the setting sun, we ended our 10-day journey, with a song of love. As Sangay and Rinzin, our guides in every sense of the word, sang their national anthem, they shut their eyes. They sang about cypress trees and the beauty of their Bhutan. I quickly shut my eyes too and saw what made this country great – the fierce pride of being a Bhutanese. 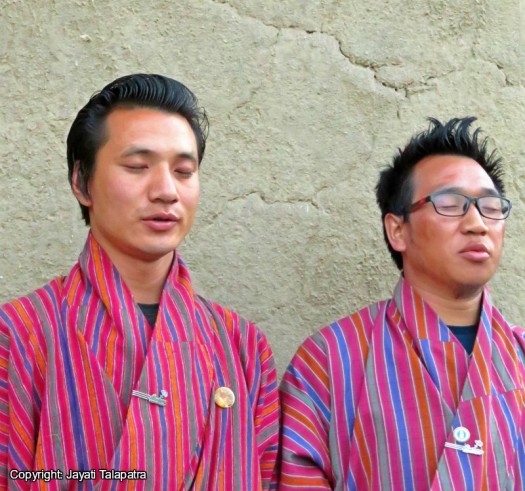 – Text and Images By Jayati Talapatra

One Reply to “A Bollywood Lover’s Take On Bhutan And Why It Is The Land Of Happiness!” 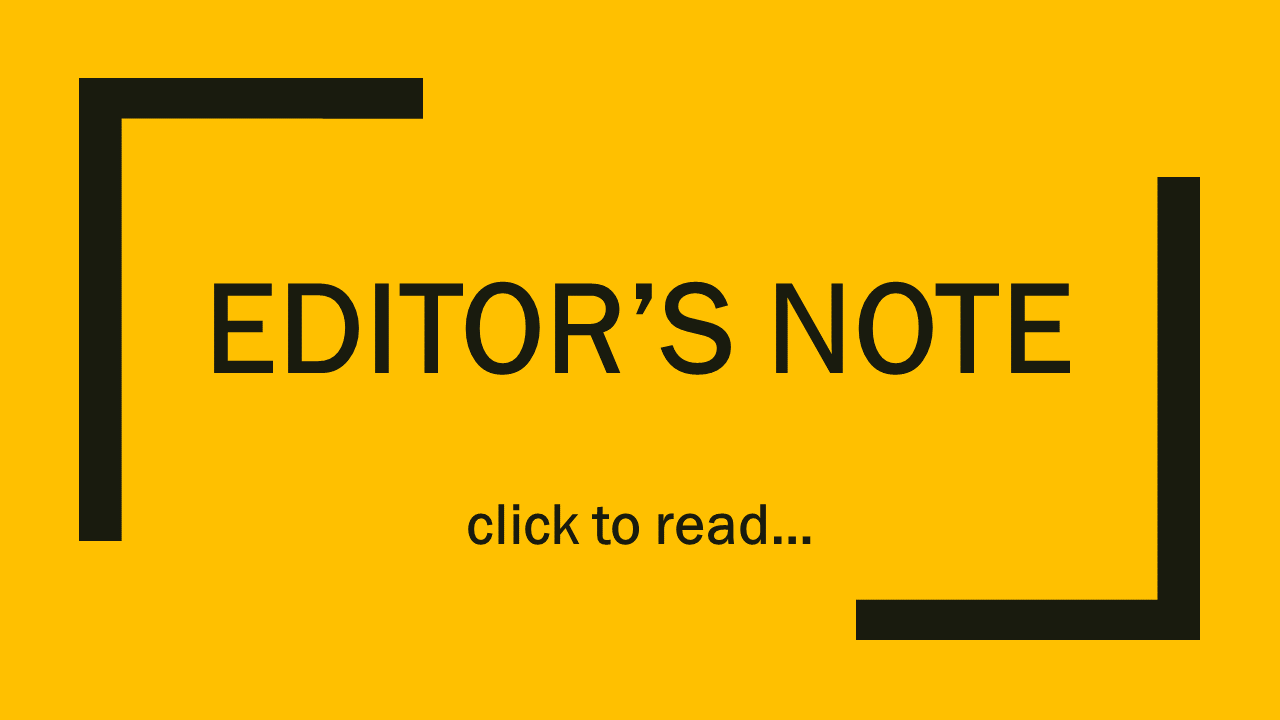 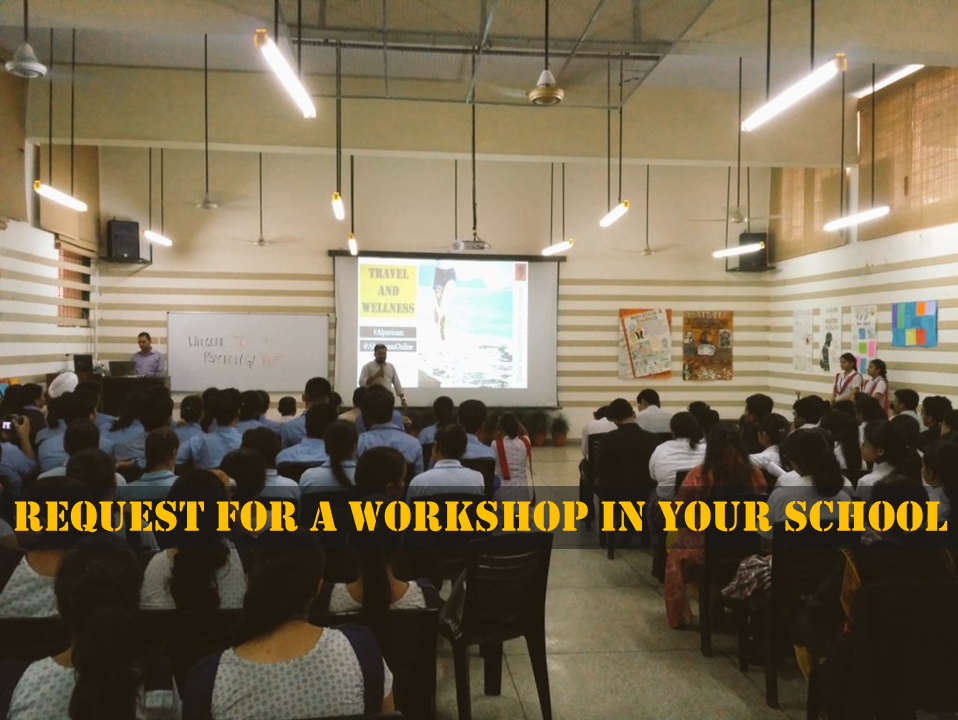