According to news reports this week, France has emerged as the world leader in promoting sustainable tourism. According to a report by The Economist’s Sustainable Tourism Index, France, Germany and the UK are best at preserving their social, cultural and environmental capital.

“Of the ten countries included in the index, only France and Germany have taken concerted and sustained action at the national level to develop policy, set targets and monitor results,” researchers write.

India ranks at the sixth position on the list. 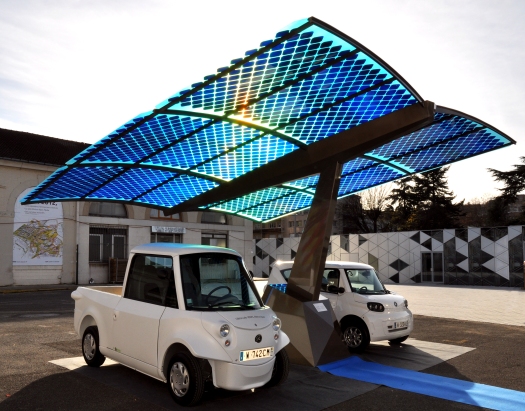 So what is it that France has done correctly?

France is the first tourist destination in the world with 83 million visitors per year. Paris alone attract most of the travellers visiting France. And the city has its long-term sustainable measures in place.

The city of Paris promotes sustainable initiatives for a more environment-friendly stay. Key actions include the Eco-responsible accommodation project which aims to provide tourist accommodation establishments with a commitment to sustainable development. More and more hotels are working to obtain a label, certification or membership of a charter to make visitors aware of their commitment to sustainability: reducing water and energy use, responsible sourcing, recycling waste among others. Another initiative involves green modes of transport, in order to get to and around in Paris without polluting the environment.

The Midi Pyrénées-Languedoc Roussillon is the first region in France to have created a specific set of actions dedicated to sustainable development: The “Agenda 21”. This initiative promotes an economically, socially and environmentally responsive way for the improvement of eco-efficiency.

Since 2007, the Provence Alpes Côtes d’Azur Region has been working towards establishing a European network of regions for sustainable and competitive tourism called NECSTouR (Network of European Sustainable and Competitive Tourism Regions). The Regional Council wanted to make the region a reference in sustainable tourism through its regional plan for tourism development 2012-2016.

The key objective of the creation of this network consists of promoting environmental education through information campaigns and environmental awareness and sustainable tourism to professionals and tourists.

France also has a host of educational initiatives to create responsible travellers, not just among visitors to the country but also among the youth.

The Reunion Island launched a challenge to educate young students in the tourism sector. It aims to bring them a territorial prospective approach of tourism in order to benefit for the economic future of the island.

An all-round approach using policies directed towards educating and promoting sustainable tourism has boosted the sector. And now, it is the turn of the rest of the world to catch up!

[Also Read:
I Was Shocked By What I Found At The Everest Base Camp and
Would You Join Hands To Save The Himalayas Through 5 Simple Steps? ]

– Text By Team Alpaviram. Images Sourced From The Internet.

This Sunday, it's your turn to give back to society. Join Ravi Kumar, to experience life in Sanjay Colony, South Delhi. Visit the #alpaviram Facebook page to register. https://insider.in/slum-tourism-in-sanjay-colony-may26-2019/event #slum #sunday #weekendplans #givelove #giveback #incredibleindia #ilovetravelling #insider #best #support #supportsmallbusiness #sustainability
Check out @aparnamudi for a super fun series of challenges that sustainable lifestyle brings! We are loving it! What is your biggest challenge as a sustainable citizen? Let us know! . . . . . #repost #sustainability #sustainablefashion #savetheearth #saynotoplastic #everydayproblems #ecofriendly #greenliving #alpaviram #ilovedoodling #doodles #sketch
%d bloggers like this: