It was 5.00 am, a cold foggy February morning. I got down from the train, got into the pre-booked cab and started for the hotel, shivering to the bones!

Enroute I saw the grand fort of Jaisalmer, right in the heart of the city half visible in the morning light and half enveloped in shroud. It looked like someone might have gold washed the entire monument! The fort gets its name from the yellow-golden sandstone it was built with. A magnificent gold during the day dripping into a shade of honey by evening, it makes for a breathtaking sight! The locals call it Sonar (golden) Quila (fort). The acclaimed movie Sonar Kella (also a novel by the same name) by Satyajit Ray, was shot right here! and later released in the U.S. by the name of The Golden Fortress. 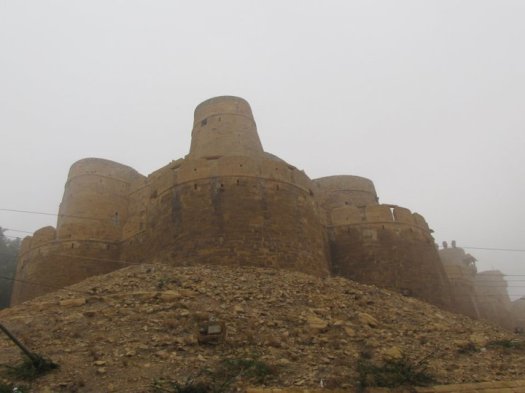 By 10am, I was all charged up after a delicious breakfast over pyaz ki kachori, jalebi and elaichi wali chai. By then the Sun was out and the cold a little less. I embarked upon a guided tour of the fort. The fort opened to four lofty arched and ornate gateways on all four directions. The guide showed me through the numerous serpentine alleys inside the fort and it was not at all difficult to loose yourself in one of those! His stories transported me back to a time when Rajput women would perform Jauhar to protect their dignity from foreign rulers invading the fort, the many battles fought here across golden stretches of sand and the gradual economic decline of the city in the post-colonial era when the port in Bombay facilitated trade and commerce thus sealing the fate of Jaisalmer!

The Raj Mahal now lies vacant, the descendant of the last king stays elsewhere, and only comes back to the palace for important cultural occasions. The Jain temples and the Laxminath temple were nothing short of magic recreated in stone! The carving on the ceiling and walls, the beautifully structured pillars, the wood and stone sculptures left me speechless!

There are a number of Havelis too, built hundreds of years ago by wealthy merchants, which are now open to tourist as museums. A sneak peek into these and you would know what kind of a lifestyle they had!

The fort is now primarily a tourist destination with numerous cafes and eateries inside it. Craftsmen and merchants display their skills and goods in abundance. Foreign tourist are flocked around by natives, as is the scene in many places in India.

There was a time when the fort housed the entire population of Jaisalmer. Even now a sizable population reside inside the premise, while the rest of the town had spread out from the fort to the foot of the Trikuta Hills. 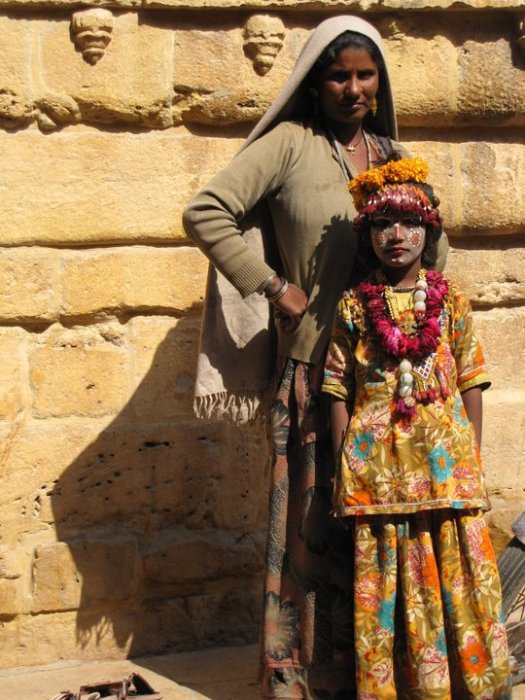 I do not know how long I sat there collecting fragments from the past, staring from a vantage point at a vast city stretched against a beautifully blue sky, leaning on a canon that might have been charged some time back right here, from this fort!

If you plan a visit to the dunes in the far west, make some time to revisit this bit of history.

Also Read: A touch of class and it’s magic all the way

– Text and images by Footloose Faery