Last year I had the opportunity to visit the state of Kerala for the first time. I did not know then but it turned out to be highlight of the year for me. Despite a tight schedule of meetings, I was able to take a sneak-peak into the life of the Indian state that possibly has been able to embrace the concept of sustainable development more than others.

So I hopped on to a flight to Thiruvananthapuram, the capital of Kerala, and checked into the Maria Rani Centre in Gandhipuram. Also known as the St. Vincent Ayurveda Treatment Centre, the complex is easily accessible, yet located in a quiet environment with plenty of green. I was allocated a Spartan single room with all basic amenities like an air-conditioner, a study table and chair a comfortable bed, and a clean toilet with geyser, all for a little more than a thousand rupees per day. Sumptuous and nutritious breakfast, lunch and dinner options at throwaway prices, with options for both vegetarians and non-vegetarians; a quiet, green and an almost plastic-free environment made it a pleasant stay for me. 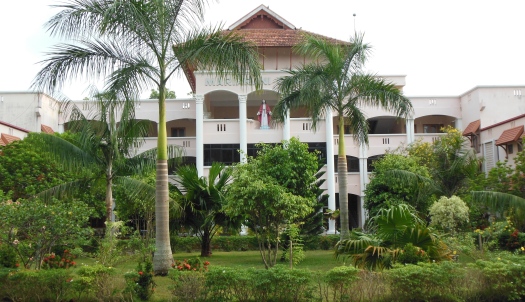 The first part of my assignment included a few meetings with the officials of Kudumbashree  – an initiative of the Government of Kerala to eradicate poverty from the state. One of the largest women empowerment projects in the country through community action, the project is run directly by the state government, in partnership with the Panchayat (local self-governments) of the state. Listening to the Project Manager about the various initiatives and then visiting some of the Panchayats to see the work first-hand was an experience of a lifetime. One such visit to the Kalliyoor Panchayat, where we met the lady Sarpanch (elected leader of the Panchayat) who told us about the skill-development and entrepreneurship programmes they run under Kudumbashree, majorly targeted at the village women. We met with the ladies of one such group which has been trained in making paper and cloth products, and now supplies its products directly to the Kerala Tourism Department. All of them mentioned that this initiative has helped them defeat the vicious cycle of poverty, and has offered them financial independence. 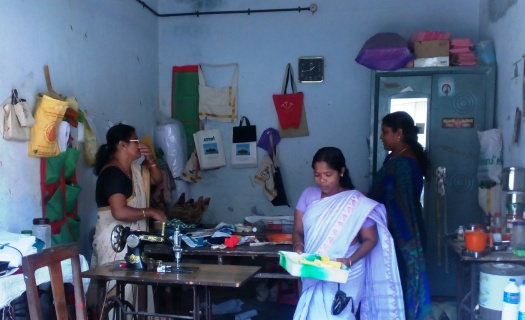 Plans for the next day required me to travel to another city; but I wasn’t going anywhere without visiting Kovalam, a small coastal town near Thiruvananthapuram and a popular tourism destination. We booked a cab early in the morning to the beach, in time for us to see the local fisherman in action, while we had a nice cup of coffee in one of the restaurants by the beach.

Here I met Salim, a local boy who grew up to be a handsome and energetic fisherman – one of those charismatic people you just can’t take your eyes off from. He has been in love with the sea and is a natural leader, which is evident from the way he takes the lead and rushes into the water for every catch, with an attitude that instantly rubs onto his colleagues who work with a greater rigour. Salim lost his right arm in an accident while growing up, that surely makes his life tougher than most of us; but what was more beautiful to watch was the way his colleagues did not shun him or pity him, but allowed him to be a part of their pack – singing, toiling and fishing with them as one of their own. Scouting for a lesson in community inclusion, friends?

A cab ride back to Trivandrum, a shower and a delicious breakfast (of Puttu, bananas and coffee) later, we were on our way to Kochi. Also known as Ernakulam and Cochin, the city is the business capital of the state, and is also a popular tourist destination. Here we met with the state tourism official, who told us about the state government’s first Green Project of Kerala and the largest Heritage Conservation Project in India – the Muziris Project.

The name has been borrowed from the ancient seaport on the Malabar Coast in Kerala – Muziris, which was an important part of the spice route from before the birth of Jesus Christ, and facilitated trade with the Greeks, Phoenicians, Persians, Egyptians and Romans. In partnership with the UNWTO, the state tourism department has started a hop-on, hop-off air-conditioned boat service on river Periyar, which takes a tourist to various museums, few landmarks and forts to offer a glimpse of the legendary port, and life around that time. Paucity of time did not allow us to experience the trip, but I did get a chance to click the ticket counter and the boats that entice you to travel back in time with them.

We continued on to Thrissur, and a few meetings and a delicious lunch later, we were on our way back to Thiruvananthapuram to board the last flight to Delhi, with a tired body and a sad mind that ached for a little more of Kerala. God’s Own Country – they call it, and now I know why.

– Text and Images By Ritesh Datta